You’ve set up your small business.

Now, you want to get your name known.

“Ahh, use social media”, says everyone.

You have few followers.

You don’t have the money to advertise.

Here’s how to promote your business on Twitter without spending a penny.

The 3 Big Benefits of Twitter for Your Small Business

I’ll be honest with you, not everyone likes Twitter.

Until I used it myself, I couldn’t see the point of the modern-day ticker tape.

But that was before I discovered how useful Twitter can be for a small business.

But it does have some great benefits:

You can get your posts seen by more people than just your followers, without having to pay for adverts.

2. You Can Network with Other Businesses

So, when you contact someone you’re more likely to reach the actual person you want.

You can tweet or message any other Twitter user (assuming you’ve not blocked each other). It doesn’t matter how many followers you each have.

There’s also a lot more informality to messaging someone on Twitter.

If you want to make the first contact with someone you’ve not met – Twitter is better than email.

It’s perhaps no surprise that Twitter users are still growing.

3. You Can Use a Global Tool to Target Local

Twitter is a global platform, but you can target a post to a particular area or a topic.

As a small business, this is ideal to help you reach the people you want to.

Whether you’re promoting a product, selling a service or needing to network – you can focus your efforts on a town, city or county that’s right for you.

Warning! #Hashtags Can Seriously Help You

I know what you’re thinking.

So, what’s the downside?

You won’t get a huge audience overnight.

But, there’s a shortcut to reach a much bigger audience.

Okay, that sounds a bit technical, but it’s not.

What is a hashtag?

A hashtag is like an electronic Post-it note. It’s simply a label you stick on a post to help people find it.

When someone searches for #whateveryouwant on Twitter, they’ll see a list of all the posts that contain that hashtag.

So if you write a post like the following, it won’t just be seen by your followers. It’ll also be seen by everyone who searches for the hashtag #wibble. 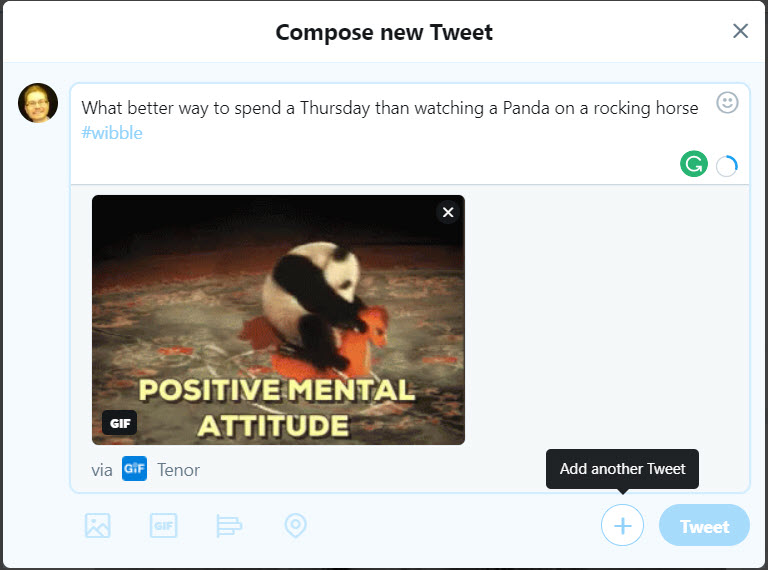 The great thing about Twitter is it doesn’t matter whether you have 1 follower, 100 followers or 1,000 followers.

How to Be A Hit with #Hashtags

In theory, you can make anything a hashtag.

As you can probably tell, I made up #wibble.

But the problem is, if people don’t search for #wibble on Twitter, it will only be seen by your followers.

So, you want to use hashtags that are relevant to your posts and that other people are looking for.

How do you know which hashtags people are looking for?

These are the most popular hashtags (by posts and searches) at any point in time. These are shown on your homepage on Twitter as seen below. 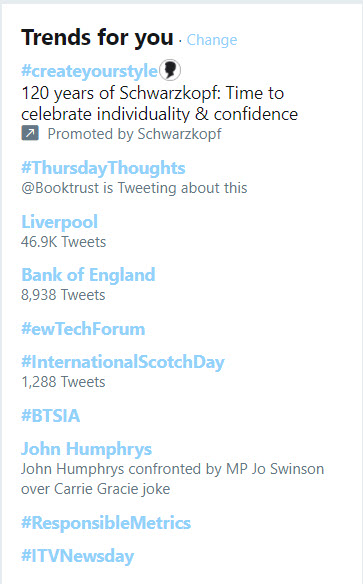 2. Make one up and hope for the best

Not the best option I’d say.

Twitter Hours are great for small businesses. You can get your name out there, without spending a penny!

Most Twitter Hours take place at a specific time and day each week (although there are exceptions).

These are run by a particular account who’ll often retweet your posts. As a result, even more people will see your tweets!

If you search for the hashtag of a Twitter Hour you can read the discussion or the posts on that topic.

But you want to focus on those that are most relevant to your business.

Twitter Hours are more effective when you engage with other people during the chat. Otherwise, they become a wall of adverts.

This can include liking, retweeting or commenting on other posts.

To help you start, I’ve created an up to date map of the active UK Local Twitter hours.

You’ll find lots of lists on the internet of Twitter hours. The hitch is that Twitter Hours come and go. There are no fixed rules about how they’re run. They can stop due to the host running out of time or a lack of interest in that area.

So, to save you time, I’ve checked which UK Local Twitter Hours are still active, at the time of writing.

By active I mean:

Click an icon on the map to see the name of that local Twitter Hour along with its day and time.

Please note: For regional Twitter Hours, I’ve tried to place the location pin on the largest city in that region. If you spot any errors or omissions to the active UK Local Twitter Hours please let me know.

These are the active UK local Twitter Hours sorted by geography.

As a small business, you need to use tools that will give you a headstart.

Twitter is a simple but inexpensive tool that can help you promote your business.

With Twitter Hours you can advertise, network and reach new customers for free.

Which Twitter Hours do you use? Let me know so I can update this list for the future.

Further articles on how to use social media for your small business:

10 Practical Ways That Social Media Can Boost Your Small Business