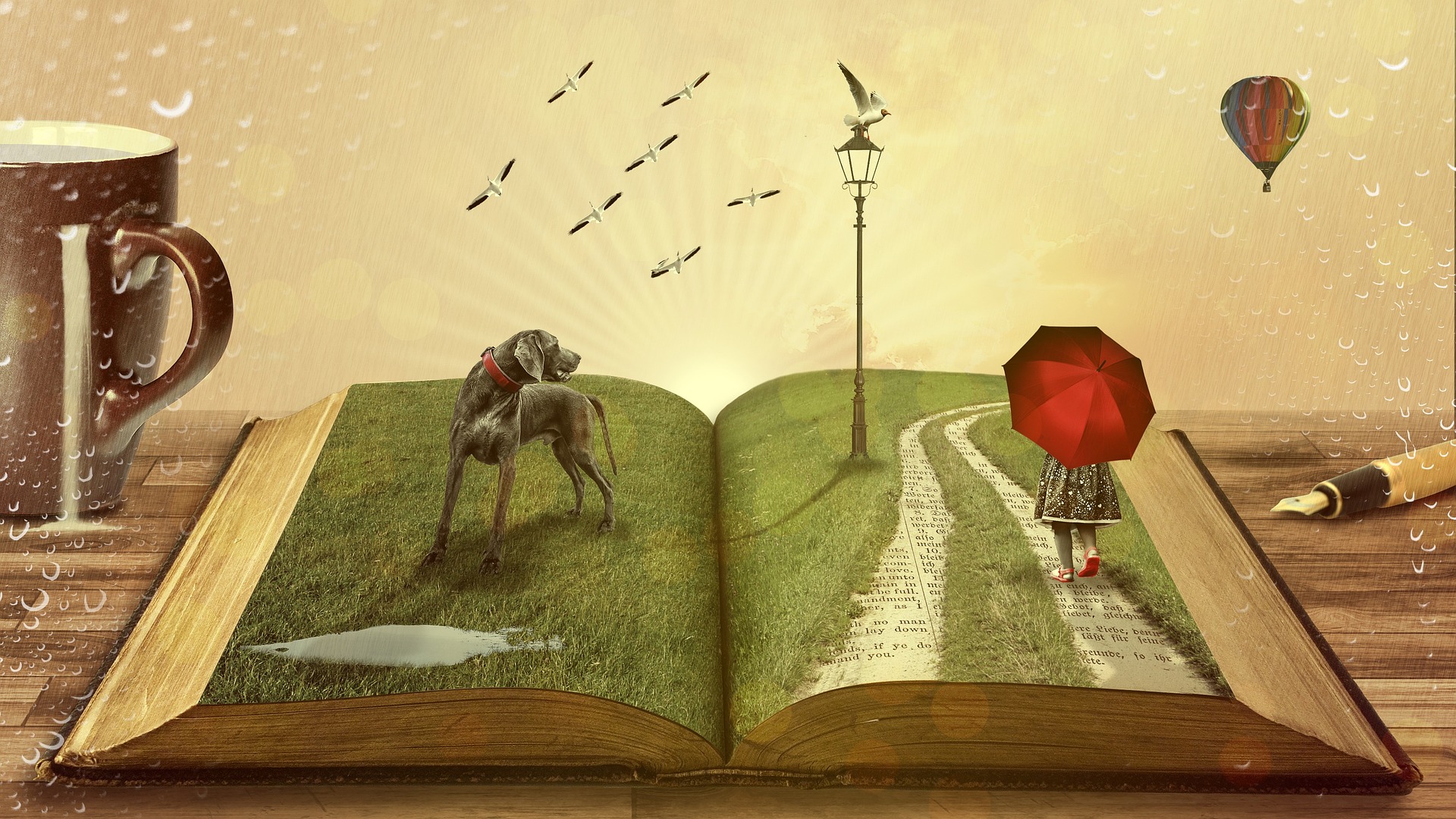 In the beginning, there was a story …

Stories have been used for as long as time.

Stories are as important today as they’ve ever been.

How many stories have you told, read, watched, listened to or shared today?

A viral post that you talk about with your colleagues. A news story you read on your mobile. Or a video that you comment about on Facebook.

So in this post, I look at why stories are powerful, important and how to create a strong story.

The Power Of Stories

Toy Story, Finding Nemo, Inside Out or another one?

If you find it difficult to choose a favourite then, don’t worry!

With so many award-winning animations, it’s really difficult to pick one favourite.

Pixar’s films grip hold of you and take you on a fantastic adventure.

Children and adults become spellbound not just by their vibrant colours, their inventive humour and their animation wizardry, but above all by the story and the characters.

The technical side of the films is secondary to the audience.

What they really remember are the life-like characters. Journeys through the ocean, a kids’ bedroom or the human mind. And, how they felt about the story.

After wondering what went on behind the scenes to create these films I read Creativity, Inc. Overcoming The Unseen Forces That Stand In The Way Of Inspiration by Ed Catmull and Amy Wallace.

This provides an amazing insight into the creativity that Pixar nurtured and the films they’ve created.

The Importance of Stories

But, the book also has an underlying theme about the importance of stories.

As Ed Catmull describes Pixar’s journey to shape their ideas into films he returns to the pivotal role of the story.

Films which are now blockbuster hits took years and years to evolve from their initial concept to the finished product. Much of this time was spent re-writing the story to make it compelling for the audience.

Throughout the book, there’s a recurring mention of a story idea from Pete Docter.

He wanted to explore the range of human emotions and how they interact. However, the story took years to evolve before it eventually became ‘Inside Out’.

If you haven’t seen it, go watch it now (well, after you’ve finished reading this!)

Okay, so now you understand the power and importance of stories, how do you go about creating one?

The 6 Simple Steps To Create A Strong Story

Your idea will be at the heart of your story.

So, you need to know what your idea is. That’s simple, isn’t it?

Well, it’s not as simple as it sounds.

You may understand your idea, but you need other people to understand it too. So, you’ve got to keep it simple.

Can you describe it in a single sentence?

If you can, great!

If not, how could you simplify it into one line?

E.g. how different emotions behave in your brain or what do toys do when you’re not looking!

You need to think about who your audience is and what will appeal to them.

Are you creating your story for adults or for children? Or for both of them.

Put yourself in their position.

Think about what matters to them.

What are their worries and their problems?

When you see the world through their eyes you’ll understand how to grab their attention. Also, this will help you find ways to connect with them.

Will they be swayed by humour or romance?

Or, do you need a serious story for a serious idea?

3. Create Characters That People Care About

Have you ever failed to finish reading a book?

Or stopped watching a film before the end?

I’ve often turned off (or turned over if it’s on the TV!) when a story has failed to hold my attention.

A key part of a strong story is the characters within it.

Characters can make or break a story.

Your characters have to carry the reader or viewer along through the story. If they don’t then you can lose your audience before the end.

I remember watching the film ‘Silver Linings Playbook’, which I really didn’t enjoy.

Yes, it was an award-winning film.

But, none of the characters appealed to me. I didn’t care what happened to them.

4. Develop A Plot With Drama and Pace

A story without drama is unlikely to hold an audience’s attention.

Think about any Pixar film – they contain pace and drama that the viewer can relate to.

From a child being lost to the fears of monsters under the bed.

Your story has to include a roller-coaster element to the journey.

A good story needs light and dark to carry the reader along with it.

As Tom Albrighton puts it, your audience will relate more to the story if it contains similar ups and downs to real life.

A story’s magical power is to bring ideas to life.

What else is there to do?

You need to fire their imagination.

Produce lively descriptions of a scene. Enrich a character’s emotions. Catalogue the details of an intense stand-off.

Your story has to plant the seeds. Your audience’s imagination will then transform it into a life-like event.

6. Leave Your Audience With An Emotional Feeling

Finally, a strong story should live on.

Once the book is closed or the film has finished the credits, you want the story to stay with the audience.

If you’ve followed the other steps you’ll have planted the story, its characters and your ideas deep in their mind.

The audience will be left with a strong emotional feeling. It could be happiness, sorrow or anger.

Whichever emotion your story triggers it will be the memory that lasts.

Your initial idea needs to be clear and simple so that you can embed it within the story.

Understand your audience so you can tailor the story to them.

The essence of your story should be a blend of characters that people will care about. A plot with drama and different paced elements. And, imagery that will ignite the imagination of the audience.

With these steps, the end result will be a powerful story that sticks in the mind and stirs the emotions.

What steps do you think are important to create a strong story? Let me know in the comments.